And lo and behold it is ordained that every 10 years Jersey shall have a new Island Plan.
In fact it won't be much different from the previous one or even the one before that and it won't address the ever increasing problems of the Island either - but its a ritual that must take place because we need to justify our capitalist voyage.
Of course there are no manufacturing industries in this little Island and these have virtually not existed since they built sailing ships on the beach.
Nowadays the diminishing Finance sector is the major employer but most of the talk at this workshop was really about preserving the agri-industry even if that means growing hemp aka cannabis.
Like the previous Plan (that had a picture of cows on its cover) this whole exercise is not really about the well-being of 106,000 people at all but is really about the 5,000 bovine beasts and ensuring that their pastures are not diminished. Some hope!

Today's workshop had about 26 male and 11 females attendees who stayed for the sarnies but the free food is evidently not enough to attract many reborn Suffragettes or others who clearly have much more important things to do. After all, who really can find the time (9.30 am until 3.30pm) to save the planet? Obviously men have at least double the female appetite on such occasions...

Linked here is a video of about 18 minutes of Planning officer Kevin Pilley explaining the mysteries of the current Island Plan and he certainly knows how to make a bland  subject boring.

I must admit to giving up before the final curtain although I did attend the evening discussions from 6pm where a similar futile effort to render Jersey's capitalism appear to be sustainable prevailed - although this was organised under Rob Duhamel's banner as Chair of the "Island Plan Public Interest Panel."

The Plan is fundamentally flawed - why do we waste our time discussing it?

Paedophilia, Prevention rather than "Cure" (a discussion)

Paedophilia, Prevention rather than “Cure” is the title of this discussion recorded on the second anniversary of the publication of the Independent Jersey Care Inquiry.


It was also the date of the launching of the second Jersey Redress Scheme for people who as children were abused or suffered harm between 1945 and the end of 2005 in places such as Les Chenes secure residential unit.


Appearing in this video are;


This is not an easy subject to discuss and we approached it with considerable trepidation.


But, we think that it is part of a wider discussion that should take place because the abuse of children is clearly a subject that is not going away without some very positive action.


Child abuse is not a simple subject and does not always include sexual abuse.


Sex abuse of children and paedophile are just aspects of a complex web of interlinked problems that can include such as violence, neglect, poverty, mental illness, marriage breakdown and failures of child care services.


La Moye Prison (Jersey) currently detains about 136 prisoners.  About 28 are kept in the “J” separation wing where “sex offenders” are held.


There are (according to an FOI answer in 2018) 83 persons on the “Sex Offenders Register” and 18 of these have left the Island.


It seems that capturing and detaining “sex-offenders” in prison for long periods is an admission of failure.


It means that a child – in some cases many children – have already experienced abuse before the perpetrator is removed from society.


Obviously the aim should be to prevent the abuse happening at all.


Potential abusers need to be identified and - if possible - “treated” before they offend.


We do not know how this can be done but recognize that capturing and convicting potential abusers before they commit sexual offences is effective, especially in a small community such as Jersey.


Similarly, we do not know what punishment or treatment can be effective or acceptable to prevent convicted offenders committing further acts of abuse if released from prison or other forms of detention.


We discuss these matters in the video.


There are many other matters that could be discussed and we would hope that further informed examination of the issues will take place.


We invite others with an interest in this whole subject to make contact and we especially want to record further video discussions to broaden knowledge and understanding.

We want a serious and productive dialogue and will not publish recordings which are likely to be inflammatory or offensive.


Contributions from those who do not want to be identified in the video recordings will be considered and all communications will be treated as confidential. 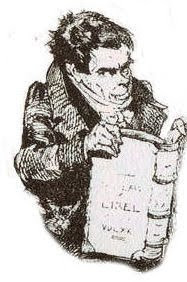